Ticks: More Harmful to Animals and Humans than You Think 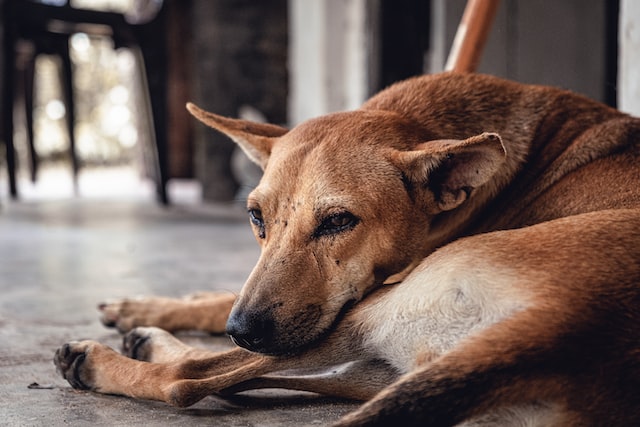 Embedded fully ticks on dogs are not only annoying parasites that feed on your pet's blood, they also transmit dangerous diseases to animals and humans. Let's take a look at their modus operandi.

When talking about bloodsucking vermin, it is almost impossible to decide which ones are the most disgusting. However, among mosquitoes, fleas, leeches and horseflies, there is no doubt that the tick occupies a very special place, just like its relative the spider; for, despite general belief, it is not an insect, but a mite.

Ticks can transmit a wide variety of diseases, from bacterial and viral diseases to protozoan and parasitic diseases. In other words, this mite is such a versatile disease incubator that, first and foremost, it fascinates biologists, secondly, it competes with mosquitoes and, thirdly and above all, it drives the owner of the house crazy.

The life cycle of ticks in brief

Ticks experience four life phases that include egg, larva, nymph and adult. Except as an egg, they need to feed on blood during all these stages. To facilitate this, once they have attached themselves to their victim, they secrete an anesthetic with their saliva, so their bite is painless. By doing this they can go unnoticed for days and days while feeding. Once their appetite has been sated, they detach from their victim and moult to move on to the next stage. In the case of adults, both females and males replicate after feeding; in many species this occurs on the host. After mating, ticks leave their victim and return to the environment.

Therefore a little arithmetic assists us to know why tick infestations may be so severe: a single female might lay 1,500 to 5,000 eggs in her lifetime; in some types this number might be much higher.

Unlike other ectoparasites, such as fleas (which die within weeks or months if they can't feed), ticks can survive for up to a year and a half if they don't find a victim. That's why once a place is infested, it will stay filled with these bad guys for a long time.

The way ticks transmit disease is a little repulsive. While feeding on its host, it regurgitates its intestinal contents and thus injects the victim with the pathogens it contains. Bacteria, viruses, protozoa and even nematode larvae pass into the blood of the victim. Below we explain some of the main tick-borne diseases in Spain.

An adult common tick (Ixodes ricinus). Unlike fleas, these pests cannot jump, so they wait in vegetation with their front legs extended and cling to their victim's fur as they pass.

Both nymphs and adults are responsible for disease transmission, but there is growing evidence that larvae can also transmit disease.

Victims can be both animals and humans. It is important to clarify that your pet cannot infect you directly, as the vast majority of tick-borne diseases are transmitted only through a tick bite. However, if your best friend contracts one of these conditions, it means there are nymphs or adults nearby who could infect you.

This serious condition is caused by protozoa of the genus Babesia, which invade red blood cells. By noting the presence of an intruder, the body activates an immune response which unfortunately causes the destruction of red blood cells. This process is known as a hemolytic ("breakdown of blood") crisis and typical signs and symptoms are weakness, anemia, brown urine and pale mucous membranes. It is possibly lethal if not cured in time.

Also known as borreliosis, the causes of this animal disease that can be transmitted to humans are bacteria of the genus Borrelia. In the case of dogs, this dangerous disease usually presents as an intermittent lameness and the joints appear swollen. In some severe cases, this can lead to kidney failure or heart problems, which can be fatal.

The species Ixodes ricinus (common tick) is the main responsible for its spread.

Ehrlichia canis, a tiny intracellular bacterium, is responsible for this disease which mainly affects white blood cells. Therefore, if your dog had this, he would show signs of weakness, fever, weight loss, and bleeding, especially from the nose.

The vector of the bacteria is the brown dog tick (Rhipicephalus sanguineus), one of the most widespread in Spain. Unlike other species, this one can infest indoor spaces. Inside our home, it grows faster and its life cycle can be completed in as little as two months.

In addition to the diseases described, ticks can also transmit others to our furry friends, such as hepatozoonosis, anaplasmosis and tularemia. Tularemia, emerging in Spain, is very dangerous for public health.

In general, cats are less susceptible to tick attacks, but that doesn't mean they aren't exposed to dangerous pathogens. Indeed, although infrequent, Lyme disease, ehrlichiosis and babesiosis can also affect cats (tularemia is very rare). In contrast, feline hemotrophic mycoplasmosis is a serious condition specific to cats.

This unusual infection is potentially fatal. Although usually transmitted by fleas, it can also be transmitted by ticks. The microorganism responsible is a bacterium called Mycoplasma haemofelis, which adheres to the surface of red blood cells, causing an immune reaction that leads to their destruction, leading to severe anemia.

How can I protect my pet?

After seeing the serious threat that ticks pose to animal and human health, let's find out what you can do to protect your pets from them. Assuming they need to adhere to their host for at least 20 hours to transmit disease, when you are in an infested area you should perform daily inspections. That way, if you find one, you can detach it from your trusty friend before it does any further damage. To detach the tick, proceed very carefully and, whatever you do, try not to crush it, as this will only cause it to regurgitate and potentially release its load of pathogens.

To find ticks, it is useful to know that their favorite places are safe and comfortable places. The most common places in cats and dogs are under the ears, under the armpits, on the paws (especially between the toes), on the neck (especially under the collar), between the hind legs and under the tail; some ticks even reach the eyelids and muzzle. That's why it's so important to watch your pet whenever you walk in the woods or through dense vegetation.

We're sure you already know this, but one way to protect your loyal friend is to use flea and tick repellents and collars. Dropper treatments, such as Dynacan, are very effective in repelling and eliminating adult ticks as well as larvae and nymphs with the help of a tick remover for cats. Remember: prevention is key!

Ticks: More Harmful to Animals and Humans than You Think